ebtEDGE will never call or text you to ask for your personal information, card number or PIN. Do not share your information with anyone. Protect yourself by changing your PIN monthly or by freezing your card.

Recent action by the federal government ends the extra COVID SNAP benefits, known as SNAP Emergency Allotments, as of February 2023. The last COVID SNAP payment will be on February 3, 2023.  Households will receive only their regular monthly SNAP issuance beginning on March 1, 2023. Community partners and advocates can find additional support and resources here.

• Applications submitted in the last 30 days (with the exception of LTSS (90 days) or expedited SNAP) are still within the window of processing.

• You can check the status of your application after 30 days through the Call Center or Customer Portal at healthyrhode.ri.gov, where all of your notices are available.

The Rhode Island Administrative Procedures Act (APA, RIGL §42-35-1, et seq.) governs agency rulemaking, including how state agencies propose and promulgate regulations. Every state rulemaking entity, unless exempt under statute (the legislature and judiciary are exempt per RIGL §42-35-1(1)), is subject to the APA.

The purposes of the APA include:

Certain types of rulemaking do not fall under “regular rulemaking.” These include emergency rulemaking (RIGL §42-35-2.10 - State agencies may take prompt regulatory action in instances of imminent peril to the public or loss of federal funding) and direct final rules (RIGL §42-35-2.11 - State agencies may accelerate the rulemaking process for rules which are expected to be noncontroversial). These types of rulemaking can only be pursued in the specific circumstances, as determined by agency legal counsel and leadership.

In 2016, the R.I. General Assembly updated the APA requiring all regulatory agencies to codify and update their regulations. The new law requires all regulations to be reformatted, indexed, and published online on the Secretary of State website as the Rhode Island Code of Regulations (RICR). In addition, the law requires that all state agencies repeal outdated or obsolete rules and consolidate and amend regulations to improve the clarity of the requirements.

Step 4: Finalizing Regulations and Filing with the Office of the Secretary of State

The announcements of the most current notice of proposed rules and regulations, scheduled public hearings and enacted regulations can be found on the following website pages. 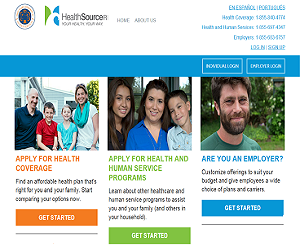